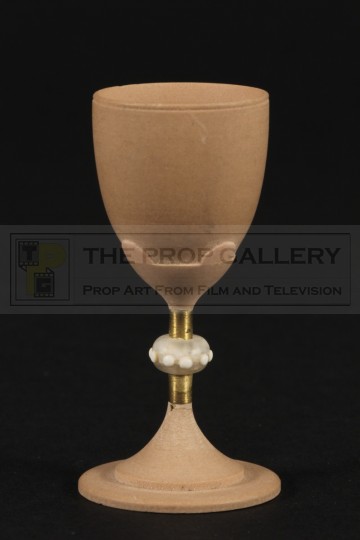 An original prop used in the production of Corpse Bride, the 2005 stop motion animation fantasy picture directed by Tim Burton.

This puppet scale chalice can be seen used prominently in multiple scenes of the movie, firstly at the wedding rehearsal and significantly later in the climactic sequence as Victor is prevented from drinking the poison which ultimately kills Barkis. Constructed from what appears to be an air hardening sculpting material with a brass stem this highly detailed and expertly finished piece is the master sculpt from which the screen used chalice was created.

A displayable and significant artefact from this stop motion animation favourite.