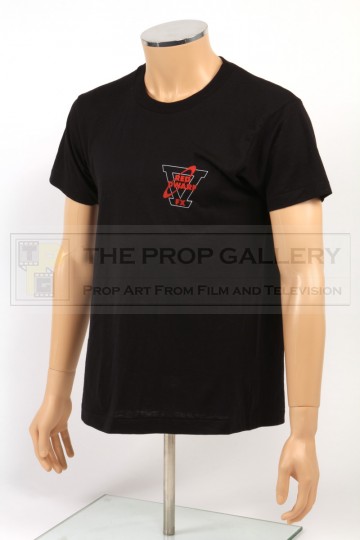 An original crew shirt from the production of the BBC science fiction comedy series Red Dwarf.

These shirts were issued to crew members at the BBC Visual Effects Department during the production of Series V of the show. The black shirt features the series logo with FX below to the right breast and 'YOU WANT IT WHEN!' printed to the back in large red lettering, this being a tongue-in-cheek response to the short timescales which were occasionally imposed upon the department.

The shirt is a size medium and remains in excellent condition throughout.