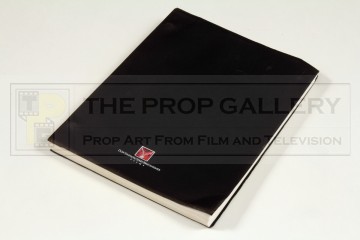 An original script used in the production of The Rock, the 1996 action picture starring Nicholas Cage and Sean Connery under the direction of Michael Bay.

This original production script comprises of approximately 120 pages bound between front and rear covers of black card with the front featuring the logo of Don Simpson/Jerry Bruckheimer Films, numerous dates are present within with the most recent being February 1995, the interior cover page detailing these revision dates with a further page nothing the change in name for FBI Special Agent Paxton which was subsequently changed again following this script being issued.

Numerous dialogue differences are present throughout the script, many minor with some more significant changes, some more notable examples include the following.

A rare and interesting production artefact from this well received box office smash.