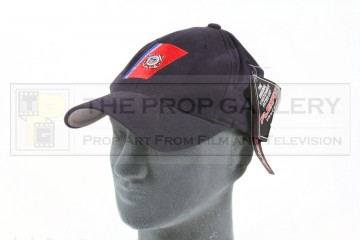 An original crew cap from the production of The Guardian, the 2001 adventure picture starring Kevin Costner and Ashton Kutcher.

The cap remains in near perfect as new condition and is complete with tags.