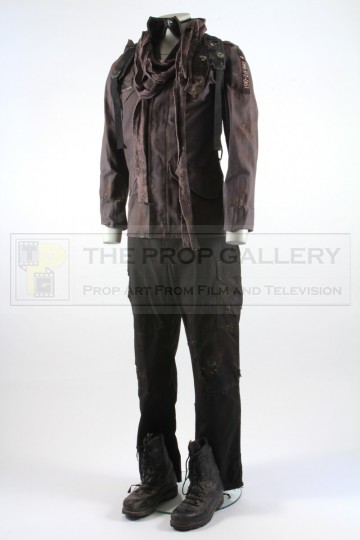 Terminator 3: Rise of the Machines

An original costume used in the production of Terminator 3: Rise of the Machines, the 1993 science fiction action sequel starring Arnold Schwarzenegger.

This soldier costume is one of a number created by the production for the future war scenes at the beginning of the movie. The costume consists of a jacket which features various details added by the production including a soldiers identification number to the left arm, trousers, boots, goggles and neck wrap. The entire costume has been heavily distressed by the production to give a used look, this includes paint weathering, minor holes and intentional discolouration.

An affordable artefact from this classic science fiction franchise.