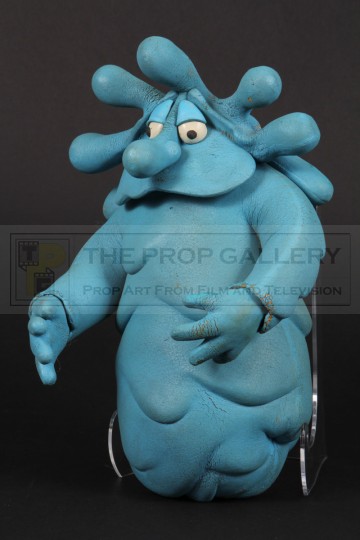 Bump in the Night

An original puppet used in the production of Bump in the Night, the stop-motion animated series created by Ken Pontac and David Bleiman.

This original production used stop motion animation puppet of Squishington is constructed from foam rubber over an internal armature allowing it to be posed as required for filming. The puppet is finished in Squishington's signature blue colour and features a rounded base which was presumably for use in a particular sequence.

Squishy measures approximately 10" tall and remains in very good condition exhibiting some hardening to extremities, notably the frills to the top of the head and the fingers which it would be inadvisable to try and pose, otherwise very good and supple.

A instantly recognisable and highly displayable artefact from popular series.