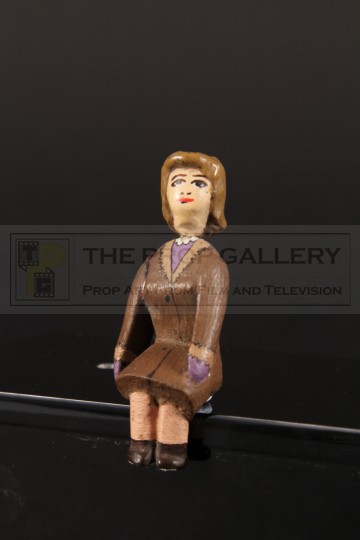 This seated female passenger miniature figure dates to the early series and is cast in lead with a hand painted finish and poseable head, a small hole is present to the underside which would have been used to locate the figure on set with traces of adhesive to the feet.

The miniature measures just over 2" and remains in excellent production used condition with some minor paint wear, generally fine.