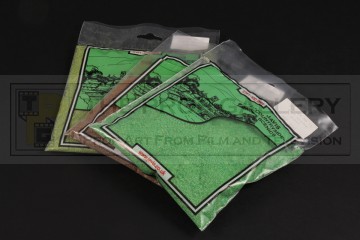 A collection of set dressing from the production of the long running children's television show Thomas the Tank Engine which later became Thomas & Friends.

This scenic scatter was obtained by HiT Entertainment for use in dressing the various miniature sets on the Island of Sodor, comprising three bags of differing shades they were ultimately surplus to production requirements and remain unused and unopened, each bag measures approximately 7" x 6".

An affordable memento from the production of this popular children's television series.