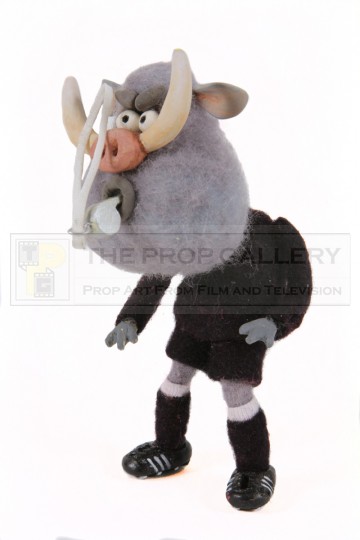 An original puppet used in the production of Strike, the 2018 animated comedy directed by Trevor Hardy.

This referee puppet can be seen used on screen officiating one of the cup games towards the end of the movie, constructed from felt over high density foam and a wire armature allowing him to be posed the puppet features a whistle to the mouth, large horns and boots of cast resin.

The puppet stands approximately 5" tall and remains in very good screen used condition lacking some material to the back of the head, otherwise fine.

A highly displayable artefact from this well received family film.