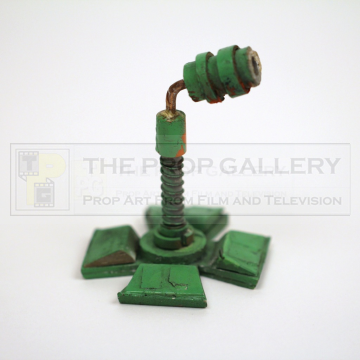 This original Starbug leg was screen used in the British cult television series Red Dwarf. This would have originally been part of one of the model miniatures used in the numerous flying and crashing sequences filmed for production, this piece would have been used in many shots but can be credited inparticular to the series 6 favorite Gunmen of the Apocolypse and still exibits some of the orange effects paint used for the Starbug crash sequence.