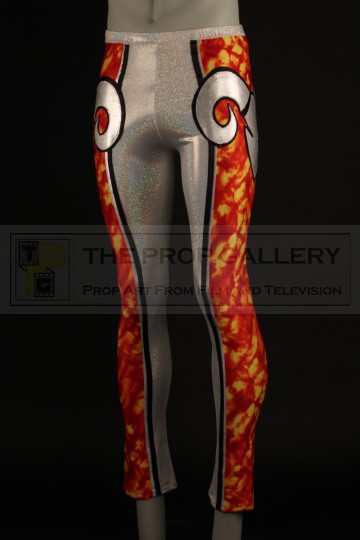 An original costume created for the production of The Wrestler, the 2008 sporting drama picture starring Mickey Rourke under the direction of Darren Aronofsky.

These wrestling pants were custom made by the production for use by Mickey Rourke as Randy 'The Ram' Robinson, Constructed from shimmering silver spandex the pants feature an embroidered rams head with a flame design down each leg, ultimately green pants were selected for use however the design near identical to ones worn on screen by Rourke.

The wardrobe remains in excellent production made condition throughout, very fine

A fine example of original wardrobe from this critically acclaimed picture which saw Mickey Rourke nominated for the Academy Award for Best Actor.