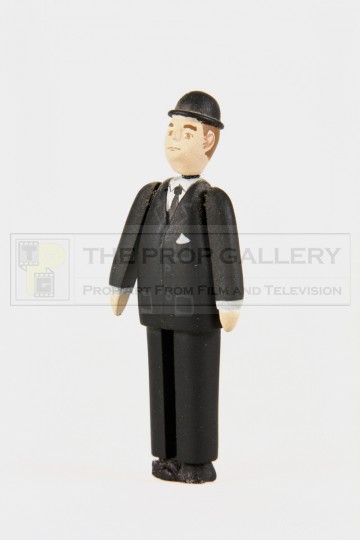 This is an original miniature figure for a railway board member as seen in multiple episodes of the series including Toby's Triumph to which it can be conclusively screen matched. The miniature figure is moulded in resin and features poseable arms and head with a hand painted finish dressing him in his signature suit with pocket square, black tack remains to the base from use on set.