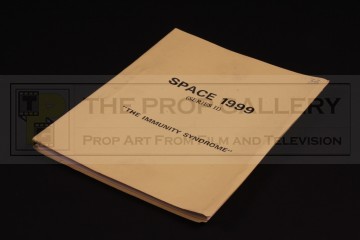 An original script used in the production of the cult science fiction series Space: 1999 produced by Gerry and Sylvia Anderson.