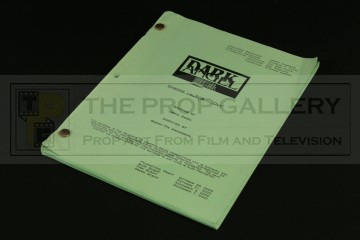 From the Season One episode Out this original production used script is dated November 7, 2000 and comprises of 55 green pages in addition to cast and set lists with the front cover featuring the series logo and various production credits.