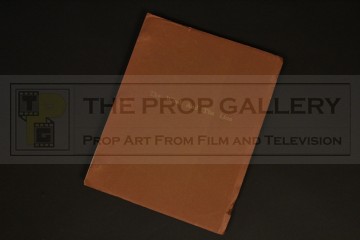 Wind and the Lion (The)

The script is undated and consists of 113 pages bound within a wraparound cover of brown card which is embossed with the movie title in gold. This script was the personal copy of Steven Charles-Jaffe, son of producer Herb Jaffe, who went on the produce Star Trek: The Undiscovered Country and Ghost.

The script remains in excellent production used condition with some light edge wear from use and a crease mark to the front cover. The movie title is inscribed to the spine in marker pen.

A fine example from this highly regarded picture.