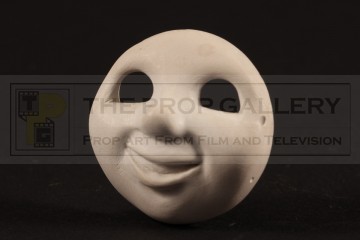 This engine face appliance was created during the production of series 4 for the character of Rheneas. Cast in resin and unfinished this face was ultimately surplus to filming requirements and remained unused.

The face measures approximately 1.25" in diameter and remains in excellent production made condition.