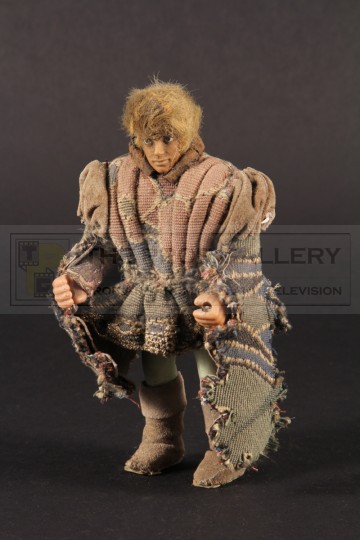 Chronicles of Narnia: Prince Caspian & the Voyage of the Dawn Treader (TV)

An original prop used in the production of The Chronicles of Narnia: Prince Caspian and the Voyage of the Dawn Treader, the 1989 television serial produced by the BBC.

Miniature figures such as this were created to crew the miniature Dawn Treader built by the BBC Visual Effects Department. This figure for the character of Prince Capsian is created over a vintage action figure from the period which has been expertly dressed with a costume, boots and wig.

The figure stands approximately 6" high and remains in very good vintage and production used condition with only minor wear.

An extremely rare artefact from this cult BBC production.