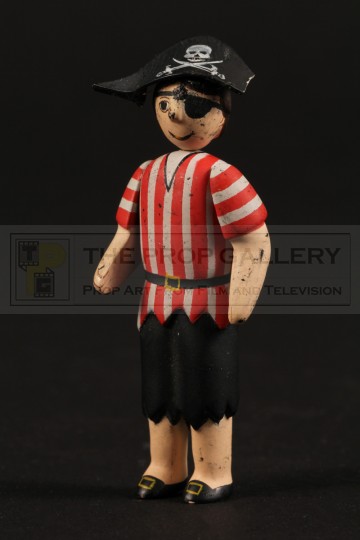 This miniature figure of a child dressed in a fancy dress pirate outfit can be seen used in series 11, this smaller scale figure being created for distance shots and seen on the platform in Percy and the Left Luggage while his large scale counterpart is also used in Thomas and the Lighthouse. The miniature is moulded in resin and hand detailed to include a pirate hat and eye patch.