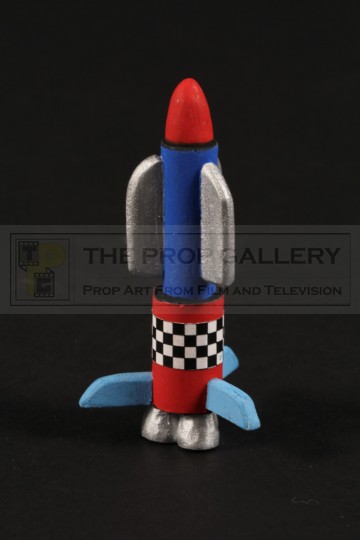 From the 2005 episode Pingu and the Toyshop this space rocket can be seen throughout as Pingu spots it in the shop and is later gifted it by the owner. Constructed from resin the rocket features a colourful paint finish with tape detailing, it would go on to make a cameo in the Bob the Builder special Scrambler to the Rescue which was also produced by HiT.

A rare and highly displayable miniature artefact from this classic series.