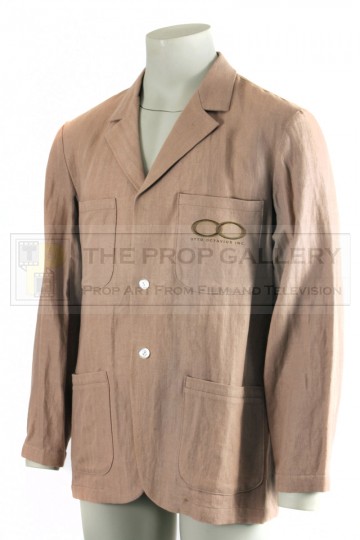 An original costume used in the production of Spider-Man 2, the 2004 superhero sequel starring Tobey Maguire and Kirsten Dunst.

Jackets such as this can be seen worn by the employees of Otto Octavius (Alfred Molina) as he gives his demonstration.The grey cotton jacket features various pockets with the Otto Octavius Inc logo printed to the left breast, it remains in good production used condition with some significant colour fade which has turned the exposed parts more of a brown colour.

An affordable example of original wardrobe from this highly regarded superhero franchise.