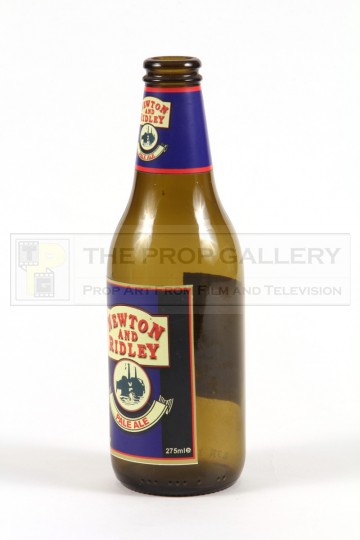 An original sign used in the production of Coronation Street, the worlds longest running television soap opera and British institution which was first broadcast in 1960.

This is an original set used beer bottle from the fictional Newton and Ridley brewery of Weatherfield. The glass bottle features production applied labels featuring the brewery logo to the front and one to the back which lists their address and brewing details.

A displayable and recognisable artefact from this icon of British television.