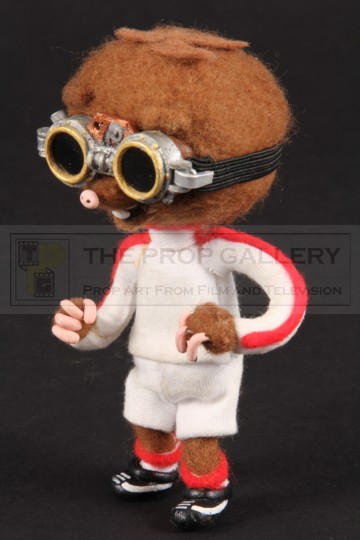 An original puppet used in the production of Strike, the 2018 animated comedy directed by Trevor Hardy.

This is an original puppet for the character of Mungo Morrison, the custom made puppet features Mungo's signature goggles and is constructed from felt over a wire armature allowing him to be posed and is dressed in the white and red colours of the England football team, the underside of the feet feature holes allowing the puppet to be rigged for filming and still has remnants of grass from the pitch.