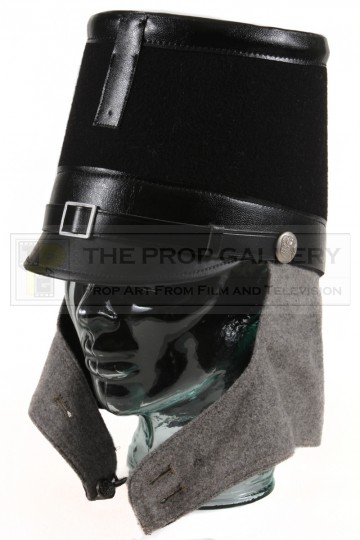 An original hat from the production of The Grand Budapest Hotel, the 2014 picture written and directed by Wes Anderson.

Hats such as this can be seen worn by the Lutz Police Militia throughout the movie, the Hero brand hat features a leatherette top and peak and is seemingly unfinished lacking its adornments however there is a hole present where the badge would have been located, additionally the interior label is hand inscribed 'GOLO' likely for credited cast member Golo Euler and there is evidence of sweat marks to the interior band.

An affordable and displayable artefact from the production of this highly regarded picture which was the recipient of the Academy Award for Best Costume Design.