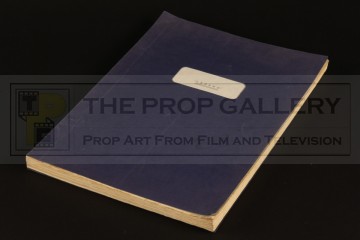 An original script used in the production of Legend, the 1985 fantasy picture directed by Ridley Scott.

This original production used second draft revised script comprises of 129 pages bound between front and rear covers of dark blue card with the front featuring a window cut out revealing the title of the movie to the interior cover page which is dated 2nd December 1983 and hand inscribed with the number 16.

A fine example of original production material from this cult picture.