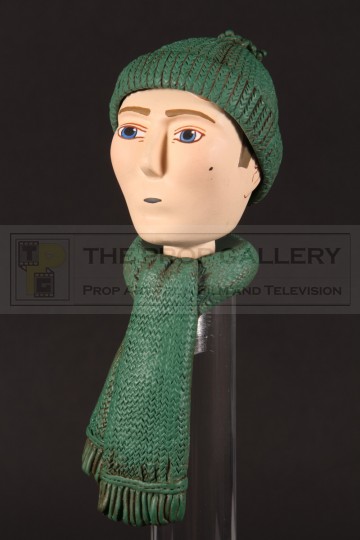 This large scale miniature figure designed for use in close ups can clearly be seen used on screen in the series nine episode Keeping Up with James. The railway worker head is dressed in winter attire with a removable hat and scarf, cast in resin the head is finely detailed with a hand painted finish and is accompanied by its original production bag and tag which is hand inscribed with the code 'TF00608'.

The miniature measures approximately 6" from the top of the hat to the bottom of the scarf and remains in excellent screen used condition, very fine.

A rare and highly displayable example of a large scale miniature from this popular children's television series.