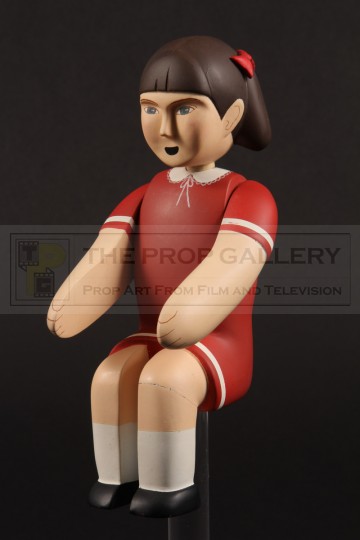 From the 2005 feature length special Calling All Engines! this large scale miniature was used during Gordon's playground dream sequence and can be seen in the insert shot swinging on a tyre. Constructed from resin the miniature features poseable arms and is highly detailed with a hand painted finish, reference number of 170 is present to the bottom of the foot and the miniature is accompanied by its original storage bag with corresponding number and applied sticker which is hand inscribed 'GIRL FOR SWING'.

The miniature measures approximately 7" high and remains in very good screen used condition with a repair to the left leg, otherwise fine with minimal paint wear.

A rare and highly displayable example of a large scale miniature from this popular children's television series.