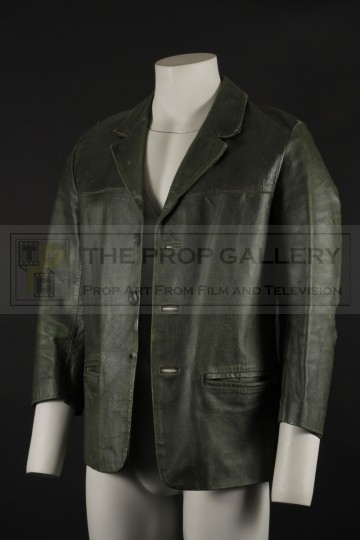 An original costume used in the production of Randall and Hopkirk (Deceased) starring Vic Reeves and Bob Mortimer, the 2000 remake of the 1969 television series of the same name.

This Hide and Chic branded green leather jacket can be seen worn by Bob Mortimer as Jeff Randall throughout the series. The medium sized jacket features a label to the interior which has been hand inscribed with Mortimer's name in blue pen and a '1' inscribed on the size tag indicating this was jacket one and likely the principal costume worn by Mortimer.

The jacket remains in very good condition throughout with some wear consistent with heavy use during the production and lacks one button to the front, otherwise fine.

An excellent example of a principal character wardrobe artefact from this well received television series.