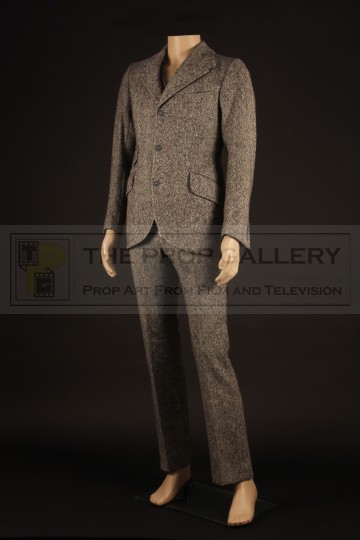 This suit can be seen worn on screen by Peter Wyngarde as Jason King in several episodes of the series including A Deadly Line in Digits (1971) and An Author in Search of Two Characters (1972), it was also worn in some photographs used to publicise the series. The three-piece suit was bespoke made for Peter Wyngarde and comprises of jacket, waistcoat and trousers constructed of flecked grey wool and features various unique style elements synonymous with the fashions worn by Wyngarde during this period.

This represents an incredibly rare wardrobe artefact from the series and fine example of the flamboyant dress which made Peter Wyngarde a style icon.