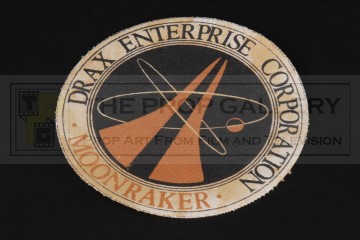 The patch measures approximately 4.5" in diameter and excellent vintage condition with some age related discolouration.

An instantly recognisable and highly displayable artefact from one of the most celebrated franchises in cinematic history.