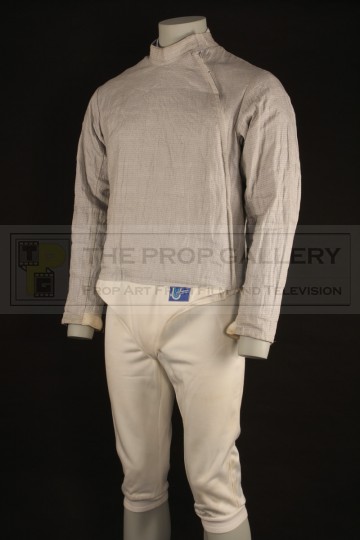 An original costume used in the production of the 2002 James Bond picture Die Another Day starring Pierce Brosnan as the suave spy.

The costume remains in excellent production used condition throughout with some minor staining to the cuffs of the lame jacket.

An affordable wardrobe artefact from one of the most celebrated franchises in cinematic history.