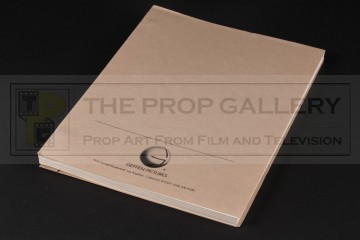 Interview with the Vampire

An original script used in the production of Interview with the Vampire, the 1994 horror picture starring Tom Cruise and Brad Pitt.

This original production used final draft script is dated June 21, 1993 and comprises of 131 pages bound between front and rear covers of grey card with the front featuring the logo of production company Geffen Pictures.

The script remains in excellent production used condition with only very minor wear from handling.