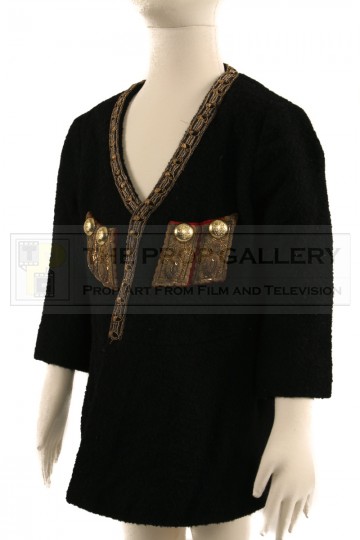 An original costume used in the production of The Imaginarium of Doctor Parnassus, the 2009 fantasy picture starring Heath Ledger under the direction of Terry Gilliam.

This jacket was bespoke made by Angels the Costumiers for Verne Troyer as Percy, constructed from black wool it features a decorative braiding to the collar area and bullion embroidery to the chest and rear. The costume is lined to the interior with a decorative red material and bears an Angels the Costumiers label which is hand inscribed 'VERNE TROYER, NOV 07' in pen.

A fine costume piece from this well received picture which was nominated for the Academy Award for Best Costume Design.