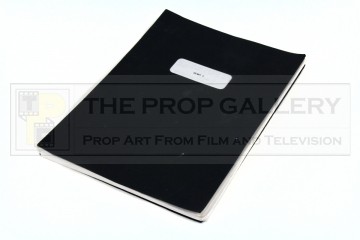 An original script used in the production of Henry V, the 1989 historical drama based on the William Shakespeare play of the same name directed by Kenneth Branagh.

This original production used script is dated October 1988 comprises of 79 pages bound between front and rear covers of black card with a window to the front revealing the title of the movie to the interior cover page which is hand inscribed with the name 'STEPHANIE KAYE', a hairdresser on the picture who was issued this script during the production.

The script remains in excellent production used condition exhibiting only minor edge and cover wear from use and handling, overall fine.