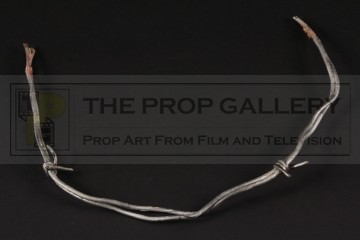 An original prop used in the production of Hellraiser III: Hell on Earth, the 1992 sequel and third instalment in the Hellraiser movie franchise.

An interesting effects related artefact from this popular horror franchise.