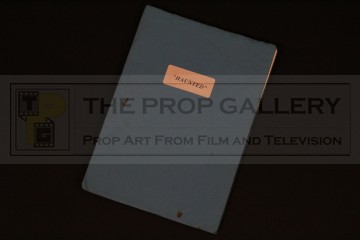 An original script used in the production of the 1995 movie Haunted starring Kate Beckinsale and directed by Lewis Gilbert of James Bond fame.

Consisting of 99 pages within a cover of blue card with window to the front and bound by metal clasp this revised shooting script issued on 13-10-94 is dated throughout 10-10-94 and is heavily revised with various coloured revision sheets issued in October and November 1994.

The script bears some very minor staining in areas and light wear, the metal clasp which binds the script shows signs of rusting, some of which has transferred to the interior cover and back. Overall in good production used condition.