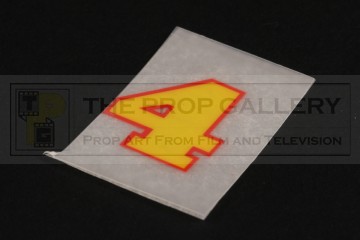 This original number 4 decal was custom made by the production for use on the Gordon engine miniature. Printed on two part media of paper and plastic, likely a waterslide transfer, the number 4 is yellow with a red border.

An affordable artefact from this popular children's television series.