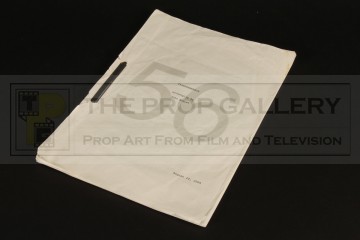 An original script used in the production of Frankenweenie, the 2012 stop-motion comedy horror directed by Tim Burton.

This original production used script is dated August 24, 2009 and comprises of 33 double sided pages each watermarked with the number 56 to avoid replication. The script remains in very good production used condition exhibiting some wear and creasing to the front and rear pages with the remainder in excellent to fine condition.