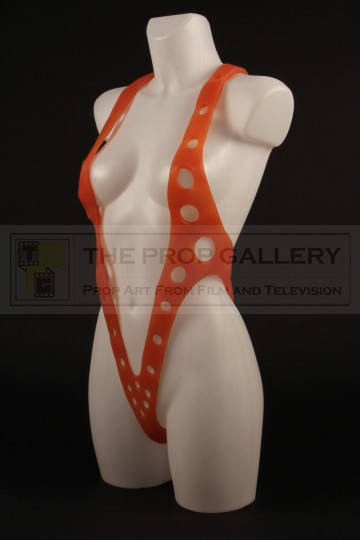 An original costume used in the production of The Fifth Element, the 1997 science fiction picture directed by Luc Besson.

These suspenders were visioned by noted fashion designer Jean-Paul Gaultier and worn by Milla Jovovich as Leeloo. The one piece costume is designed to be worn under the crotch with two straps extending up and over the shoulders and a further piece around the back, constructed from hole punched silicone rubber these suspenders represent an iconic and instantly recognisable element of the movie which are believed to have been produced in very low numbers for the production.

The suspenders remain in excellent production used condition with no splitting and only very minimal surface wear from use during the production, exceptionally fine.