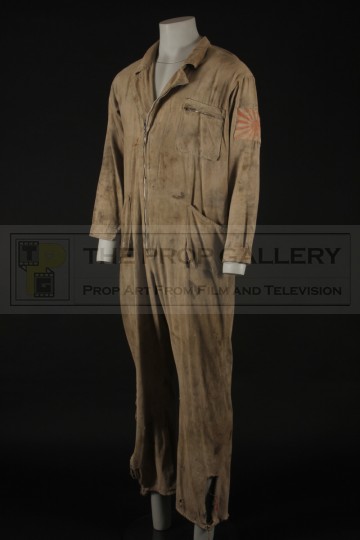 Empire of the Sun

An original costume used in the production of Empire of the Sun, the 1987 war picture starring a young Christian Bale under the direction of Steven Spielberg.

Overalls such as this can be seen worn by Japanese aircraft mechanics during the movie. The beige coloured overalls feature a zip to the front with pocket details and a Japanese Defence Force rising sun flag patch stitched to the left shoulder, the costume has been intentionally distressed by the production to appear well used with numerous rips and heavy staining remaining in good distressed condition.

A rare example of original wardrobe from this critically acclaimed picture.