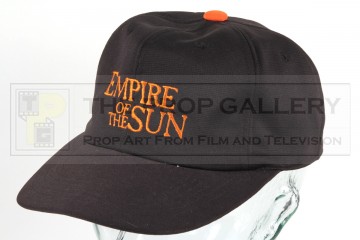 Empire of the Sun

An original crew cap from the production of Empire of the Sun, the 1987 war picture starring a young Christian Bale under the direction of Steven Spielberg.

An affordable production artefact from this critically acclaimed picture.