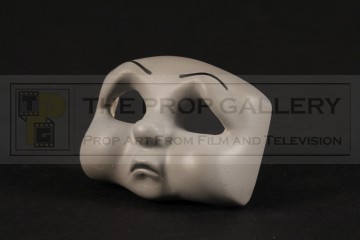 This is one of the original face appliances for Elizabeth, the vintage lorry who first appeared in series six. Constructed from high quality resin the face features a grey finish with hand painted eyebrows and is hand inscribed with the number 5 to the back in blue marker, accompanied by the original production bag which is similarly hand inscribed 'ELIZABETH 5'.

A highly displayable and recognisable artefact from this popular children's television series.