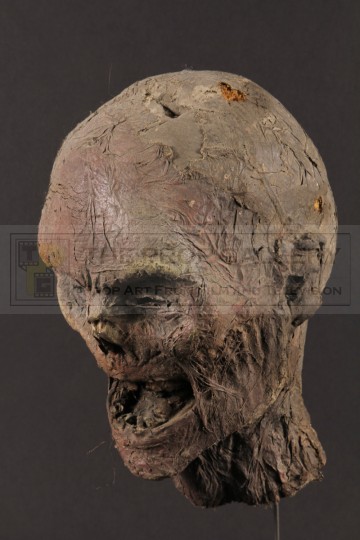 An original mummy head used in the production of the 2001 documentary series Egypt's Golden Empire, a three part series which looked at the lives of the pharaohs.

This mummy head is one of three created by The Model Unit for the production. A single mummy was first sculpted and moulded and three identical casts pulled from the master mould, cast in foam latex cored with an aluminium armature allowing it to be posed the highly detailed head measures 12" high and exhibits some loss of latex to the back and minor cracking to the finish.