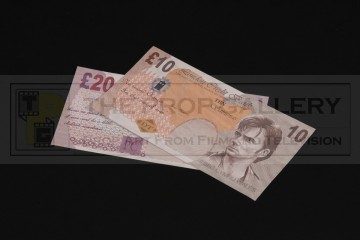 A pair of original banknotes from the production of the long running BBC television series Doctor Who.