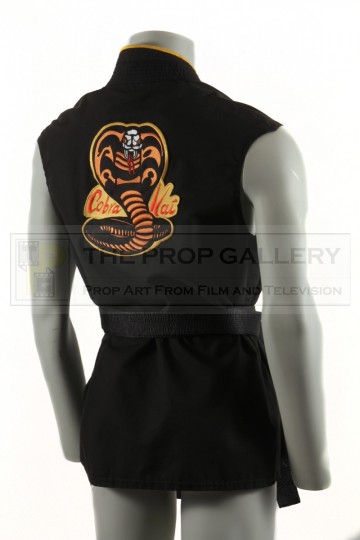 An original costume used in the production of The Karate Kid, the 1984 martial arts drama picture starring Ralph Macchio and Noriyuki Morita.

Karate gi such as this can be seen worn by various cast members in the final tournament. The black cotton gi was purchased by the production and modified to suit their requirements to include the removal of the arms, modification of the collar and the addition of yellow piping, the original patches were removed following filming and have been replaced by reproductions for display purposes, belt similarly added to complement the display.

A highly displayable example of original wardrobe from this classic picture which requires no introduction.