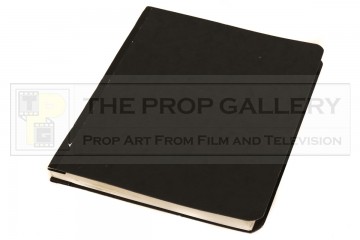 An original script used in the production of Chinatown, the 1974 picture starring Jack Nicholson and Faye Dunaway under the direction of Roman Polanski.

The script remains in very good production used condition throughout exhibiting some minor edge and cover wear with minor toning to the interior pages.