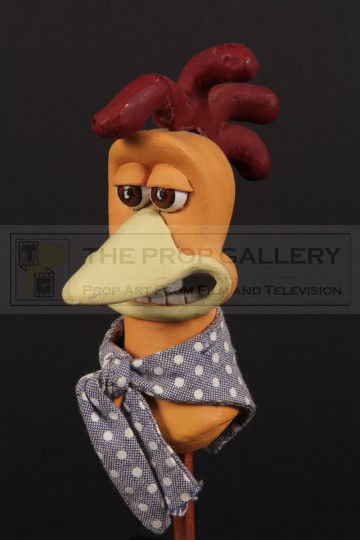 This maquette was created during the lengthy production process as the sculptors and animators designed the various elements of the picture. This is a final maquette for the lead character of Rocky, voiced by Mel Gibson, cast in lightweight plaster the head is mounted on a metal rod and features a colourful hand painted finish and a neck tie of patterned material both consistent with the final screen used puppets.

The maquette measures approximately 6" including the rod and remains in excellent production used condition with some minor paint wear generally very fine.