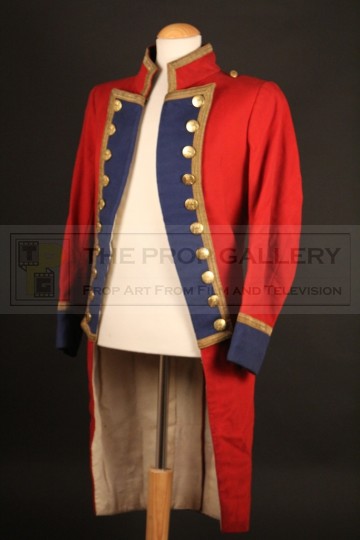 An original costume from the production of the 1970 BBC Play of the Month The Rivals.

This military dress was worn on screen by Jeremy Brett, later of Sherlock Holmes fame, in his role as the dashing and charming Captain Jack Absolute.

The costume is beautifully and intricately constructed to an extremely high standard with interior lining and crown buttons, the quality of the construction making this a very heavy piece. The costume was bespoke made by L&H Nathan, later of Bermans and Nathans, world famous costumiers to the entertainment industry, it features period Nathan label to the interior which is hand written Jeremy Brett in pen.

The costume remains in excellent screen used condition and is a beautiful example of period costume made by one of the leading names in the business.