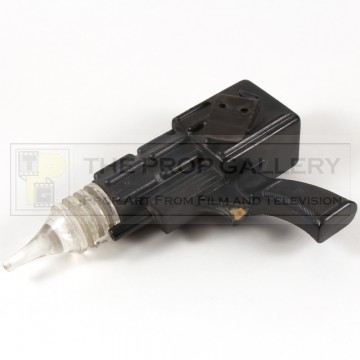 From the 1983 serial Terminus starring Peter Davison as The Doctor this is an original blaster as used by various characters throughout. Created by the BBC Visual Effects Department the weapon is crafted from fibreglass and features a barrel of turned perspex with a belt clip to the side.

The prop measures approximately 12" long and remains in very good production used condition with some minor wear from use and handling.

A highly displayable artefact from this cult science fiction series.