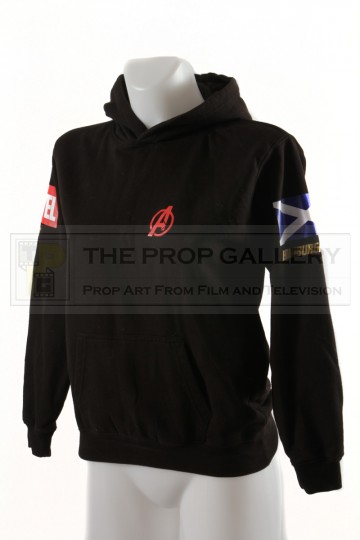 An original crew hoodie from the production of Avengers: Infinity War, the 2018 superhero movie directed by Anthony and Joe Russo.

The hoodie is size marked 12/13 and is approximately small, it remains in very good condition.

A fine example of crew gear from this hugely popular franchise.