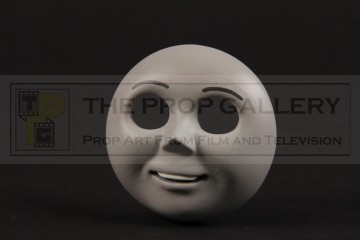 This is one of the original face appliances for Arthur, the maroon tank engine who first appeared in series seven. Constructed from high quality resin the face features a grey finish with hand painted eyebrows and mouth, it is hand inscribed to the rear 'ARTHUR 2' and accompanied by its original production bag which is similarly inscribed in marker pen.